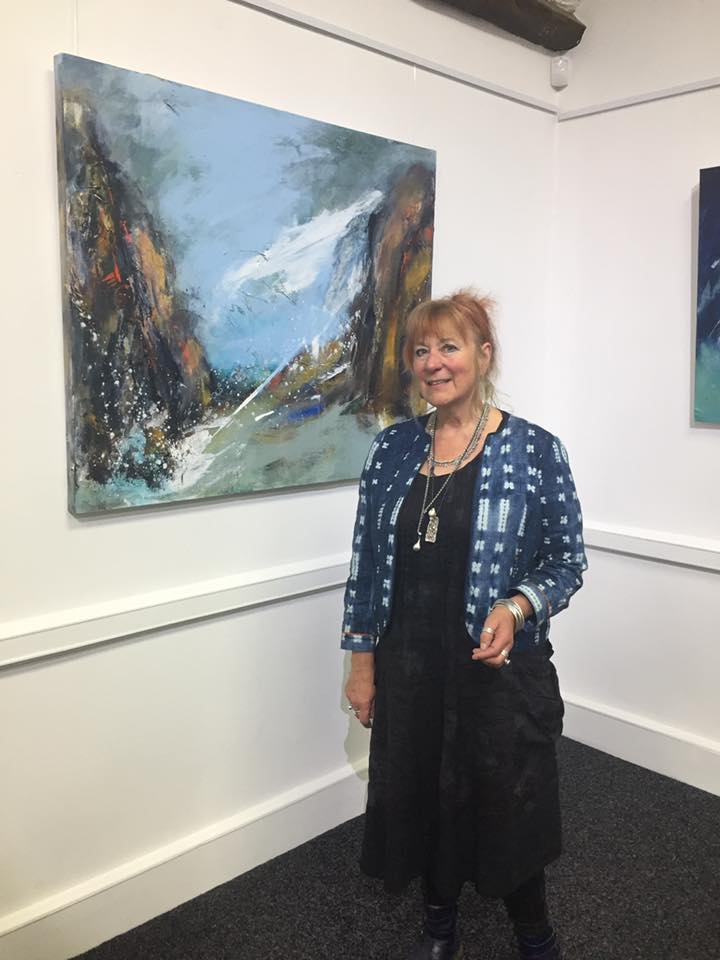 The forces of nature and its myriad effects on both the land and seascape provide an endless source of inspiration for my art. In situations both entirely formed by nature and those having felt the influence of the hand of mankind have imparted a powerful and poignant impression that demands expression through the filter of the artists sensibilities. The confluence of often monumental natural phenomena and the effects of tomb building, tillage and war, and the more mundane impact of daily life all serve to complete the overall finished image, although as all the aforementioned can never really be considered "finished" in any sense, neither can a particular work, allowing thankfully endless opportunities for revisitation.

I am interested in the physical and tactile qualities of paint, and I am intrigued by texture and the overall process of painting often becoming obsessed with certain places, ideas or impressions which have to be worked through. At times I have to ignore these tangents that I wish to explore, but these are documented through both writings and drawings with the intention of following them through at a later date.

In the interest of continuity of theme several paintings are worked on at once, each complementing and adding to the depth of the others whilst retaining their individuality. Often initial drawing is revealed as the processes used frequently involve sanding down or washing back to leave multiple layers of pigment and process.

My future work will include further investigation of marks left on the land by early man.

Major influences in the works are painters such as Tapies, Peter Lanyon, Wilhelmina Barns-Graham and Sandra Blow.